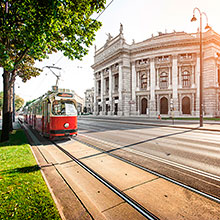 Vienna's Ring Boulevard is 5.3 kilometres long and one of the most important sights in Vienna. As its name implies, the boulevard encircles the city centre, separating the first district from the other districts. Our teachers take students to explore the city’s hotspots and give insight into its fascinating backgrounds.

"We already know it!", many will say. That might be true, but surely not all the details our teachers will tell you. Very few Viennese know the history of and stories about the monumental buildings along Vienna’s “Ring”: the State Opera, the Burggarten, the Imperial Palace, the Museum of Fine Arts and Natural History, the Parliament, the Burgtheater, the City Hall, the University of Vienna, the Stock Exchange, the Hotel Imperial and the many more! 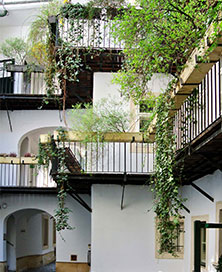 Around St. Stephen’s Cathedral there are a lot of romantic small alleys and niches that are almost impossible to find without help. For instance, the Blutgasse or the Deutschordenskirche - hidden in a courtyard - or Schönlaterngasse with a basilisk, a dragon-like monster that lived in a well and instilled fear among the Viennese. Also, Mozart lived in one of the houses during his time in Vienna. All this, and much more, can be experienced on our free walks through the Blutgasse District. 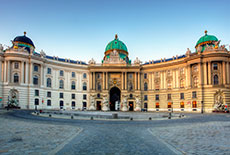 From the 1st to the 5th century AD, the Roman fortress Vindobona was only one of many forts lining the northern frontier of the Imperium Romanum. Carnuntum, capital of the Roman province Pannonia, was situated not far to the east on the banks of the Danube. A civilian city called Vindobona was situated approximately on the same spot as ActiLingua Academy’s school building. It was completely destroyed during the age of migratory confusion.

Little has remained of Vindobona's fortress on which's ruins medieval Vienna was built. Its history is accessible via historic and archaeological texts and by wandering through modern Vienna and discovering the nomenclature of its streets and squares. 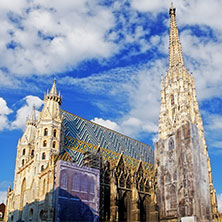 Almost everybody knows St. Stephen’s Cathedral, fondly called “Steffl” by the Viennese, or at least the building per se. But do you know the many tales and sagas surrounding this landmark in the heart of Vienna? For instance, the one about the Zahnwehherrgott, to whom the people went on pilgrimage to be healed of their toothache? Or about the story surrounding the rooster on the roof of the cathedral? Or about the Pummerin, the bell that only rings on important holidays and on New Year’s Eve? Have you ever climbed up the tower and counted the steps? Getting to the top and enjoying the amazing view is an unforgettable experience.