We organize special talks, discussions and videos about Austrian culture, music, art, literature, history and architecture. Films, tours of the many sights of Vienna, parties and sports all form part of this programme.

Excerpt from lectures and activities (free of charge) | Photos 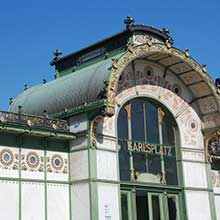 One of the last century’s most important art movements was certainly Art Nouveau. Egon Schiele, Gustav Klimt and Oskar Kokoschka had a lasting influence on European painting at that time. Vienna possesses large collections of these artists' works - for instance at the Belvedere Palace, close to the school.

Worthy of note are also the buildings designed by Art Nouveau architect Otto Wagner. He designed many places in Vienna, such as the metro stations at Karlsplatz and along the Naschmarkt, and the main post office on Vienna’s Ring Boulevard. First, brush up your background knowledge at our lecture and then take a look at the originals for yourself! 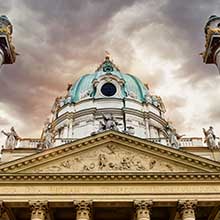 The term "Baroque" refers to the art historical style epoch from 1575 to 1770, which followed the Renaissance period and preceded Classicism. The era was determined by three fundamental forces: absolutism, the church and antique tradition.

In the Baroque era, people still had little idea of many things. For example, one did not know why the leaves fell off the trees in the fall, why the sun rose in the morning and went down in the evening, or why hair turned grey when getting older. Also water was frightening because it was believed that people would die from dirty water. On this exciting journey into the past, our students will learn how Empress Maria Theresa protected herself against unpleasant odors and dirt without water and how it came about that sailors were no longer afraid to fall off the "edge" of the world.

For almost half a century, Sigmund Freud lived in a house in the ninth district of Vienna, before he had to flee in 1938, after the "Anschluss" of Austria to Germany. In our lecture, students learn everything about the life of the famous creator of psychoanalysis, how to interpret his own dreams, what a Freudian slip of the tongue is, which curious self-experiments he performed on himself and what still reminds us of him today.

For example, there are 153 boxes that store Freud's writings and correspondence. In his will, Freud decreed that a large part of it may be read, but there are 19 boxes that can only be opened in 2020, 2050 and 2057. Eight should remain permanently closed. Who knows which exciting documents we would find in these boxes? 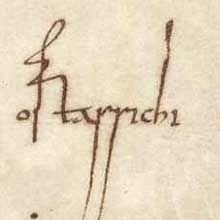 As early as the Paleolithic era, the territory of present-day Austria, the fertile Danube valley and the valleys of the Alps were populated. In the Celtic period, a first kingdom called "Noricum" developed, It’s settlements came to great wealth through salt mining and trade especially. At the beginning of our era, the Romans conquered most of the country. The current territory of Austria was incorporated into the Roman Empire and "Austria Romana" the Roman Austria existed for over 500 years as.

Around 976 AD, Austria became a margravate, and the reign of the Babenbergs began. They were a Bavarian noble family, to whom we owe many famous buildings that can still be visited today. During 270 years of their reign, Austria gained more and more reputation. Our teachers will tell you the legend behind the Austrian flag, what life was like in the Middle Ages, and the role the church played in all of it. 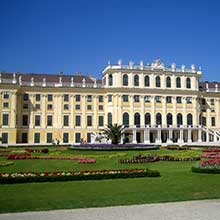 The Habsburg family were originally from Switzerland, but from the year 1273 they ruled for 650 years in Austria. The Imperial Palace was the centre of power. From here various emperors influenced the world events over the centuries significantly.

One of the most important rulers of the House of Habsburg was Maria Theresia. She introduced many important reforms with lasting effects: Children now had to attend school, torture was abolished and the army was reformed. The Habsburgs influenced the architecture and development of Vienna into a cosmopolitan city significantly. In this lecture our teachers will tell you which buildings were constructed during the era of Habsburg. 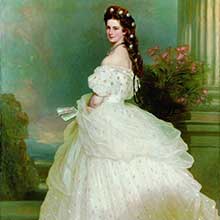 Emperor Franz Joseph and his Elisabeth were the dream couple of the Danube monarchy and the legends and stories around the beautiful Empress still fascinate us today. In 1853 Franz Joseph met his cousin Elisabeth in his summer residence in Bad Ischl and he instantly fell in love. “Sisi” was quickly prepared for her new role as Empress of Austria, but had great difficulty getting accustomed to the extremely conservative life at the Viennese court.

Franz Joseph was devoted to his Sisi all his life in a fervent love and adored her. Thus he forgave her also her numerous trips abroad to escape from the strict Viennese court. Those who would learn more about Sisi and Franz Joseph and gain more insight into life at the Vienna Court should by no means miss this exciting lecture!

All "Sisi" fans will also have the opportunity to watch the popular movie trilogy starring Romy Schneider in one of our movie nights.