5 interesting facts about the German language

Learn here what you didn't know about the german language

Learn German with your ActiLingua teacher wherever you are and enjoy having a part of Vienna with you.
These courses are held online by a native speaker teacher.
You can find more information about our Live Online Courses.

5 things you didn't know about the German language...

How many people speak German? What is the meaning of "Standard German"? How many words do we use in the German language? And what do "false friends" have to do with learning German? We will provide you with the answers to these and more questions. 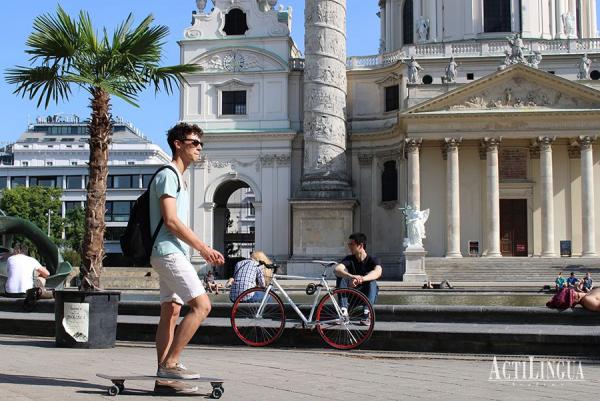 German is spoken by more than 120 million people in Austria, Germany, Liechtenstein, Luxembourg, Switzerland and in parts of Belgium, Northern Italy and Eastern France. It is a key language in the European Union and the new economies of Central and Eastern Europe. Even abroad, the German language seems to be in great demand. According to ZAF (Center for Education and Training), in 2015 about 15.4 million people attended German courses at schools, universities or language institutes; half a million more students than 5 years ago.

In addition, German belongs to the ten most popular languages ??in the world and that is why we also got an entry in the Guiness Book of World Records of 2006.

2. By a hair’s breadth German has become the main language of the USA

For more than 200 years, there has been a legend, which says that German almost became the official language of the USA. But is that true? Like with every legend, there is some truth in it. In 1794, a group of German immigrants presented a petition in Virginia to the US House of Representatives, demanding a German translation of the legal texts. The motion was rejected by 42 votes against 41. This caused frustration among the immigrants, which formed the basis for the legend. Even in the next generation, the so-called “Mühlenberg-legend” gained more and more popularity. According to rumors, in 1828 there was a vote in Pennsylvania on whether German should be introduced as the second official language beside English. Supposedly, only one single vote prevented the application of the motion and this vote came from the ethnic German parliamentary speaker “Mühlenberg.”

The German language consists of about 5.3 million words – with a rising trend. About one third of those words was added in the last 100 years. This means, the German language contains eight times as many words as the English language.In the everyday conversation, we use much less words: only 12.000 – 16.000 words including about 3.500 foreign words. The “Duden”, a popular reference book for grammar and orthography of the German language, lists 135.000 words. Because of the possibility of creating words by joining single words together to make one word, the German language is considered as a particularly rich language. For example: Wehrdienstverweigerer" (EN: conscientious objector) or "Weltmeisterschaftseröffnungsspiel" (EN: world championship opening game).

German meaning with a capital letter at the beginning: child

English meaning: a time of the year / season

So be careful, because so-called "false friends" can quickly lead you to the wrong track and your conversation partner and you could speak of very different things.

5. "Standard German” does not really exist

Often, students ask us what the term "standard German" really means. The answer is quite simple, because in fact, Standard German is just another word for High German and that is what we teach at the ActiLingua Academy. High German or Standard German is a mixture of Middle German and Upper German and most of the Austrian dialects are based on it. Even if many Austrians insist on speaking their own language, the differences between the "Austrian" and the "German" German are almost nonexistent. Although there are some words in which we have not fully agreed yet, such as Paradeiser (DE: tomato) or Schlagobers (DE: whipped cream) we always understand each other.

In the world's largest and strongest economic area, the European Union, German is by far the most spoken native language. Vienna, the capital city of Austria is one of the most international cities and an attractive business location within Europe. For the eighth time in a row Vienna has been awarded as the city with the highest quality of life worldwide. Due to its central location in Europe and its many possibilities, Vienna is also popular among young people. For those who want to gain international experience and want to improve their German skills, Vienna is the best place to go. 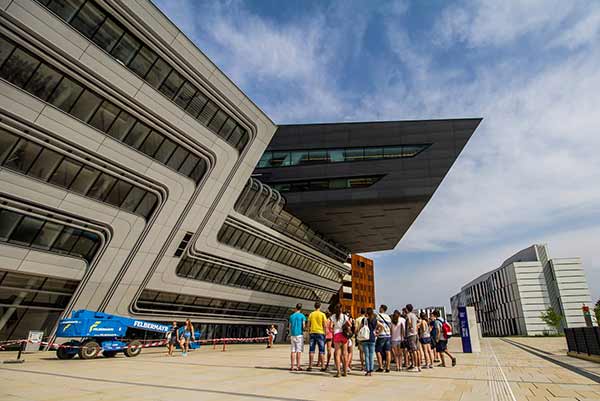 Here you’ll find all the information about the ActiLingua course offer and the varied activity program.