Who performs better in this comparison?

From a geographical point of view, we are neighbours and we also speak the same language but the question is: Which country has more to offer? The Austrians who love to complain or the cold German personalities? From weather to leisure, the mentality and even the culinary aspects – for this comparison, we took a close look at both countries. If you want to know about the best place to learn German, visit our site Learn German in Germany or Austria!

Which country is more beautiful?

Austria is a landlocked country and lies in the heart of Europe. Due to its central location, it is easily reachable. Austria will convince you with its cultural and scenic diversity. Our intact nature, the unique landscapes, the beautiful mountain regions and our extensive cultural offer make Austria a promising destination. But not only tourists feel comfortable here, also we Austrians are proud to live in such a great country. Although we have much less space than our German neighbours and with our approximately 8.7 million inhabitants we are clearly the minority, one should remember the German saying “klein aber fein” (EN: small but nice).

Germany stretches from the North Sea and the Baltic Sea in the north of the country to the Alps in the south and the border to Austria. The “Black Forest”, the “Bavarian Forest” as well as the Harz and the Ore Mountains belong to one of the most impressive scenic highlights within the country.

With our geographical location in the middle of the majestic Alps, Austria is a true natural wonder. But also in Germany there are some really beautiful spots.

So we start with a draw into this country comparison. 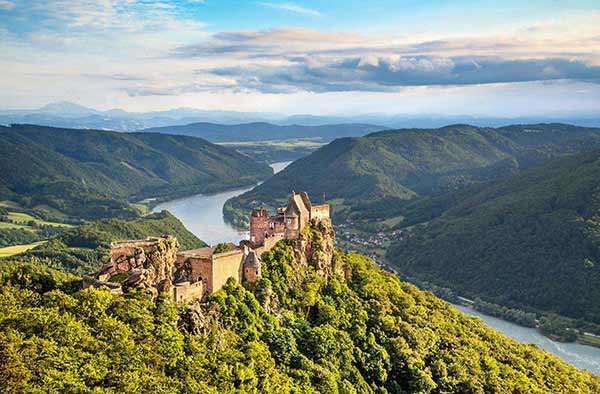 Who pays more attention to cleanliness?

The clean sidewalks and streets of Vienna have become somewhat of a landmark. Tourists appreciate our accuracy in terms of hygiene and waste management. One could think that the Viennese never celebrate or drop things on the ground. Maybe this is because of the so-called “Waste Watchers” who take action against incorrect waste disposals.

This cleanliness can be also be noticed in the quality of our drinking water. The Austrian drinking water is extracted from excellent ground- and spring water from the Alpine regions, transported directly to our households.

Also in German cities, such as Munich or Hamburg, cleanliness seems to be at the top of the agenda. But if you take a look at the streets in Berlin, you have to ask yourself whether the waste collection is on strike. Broken glass bottles, cigarette butts and leftover food dominate the cityscape.

A clear victory for Austria. 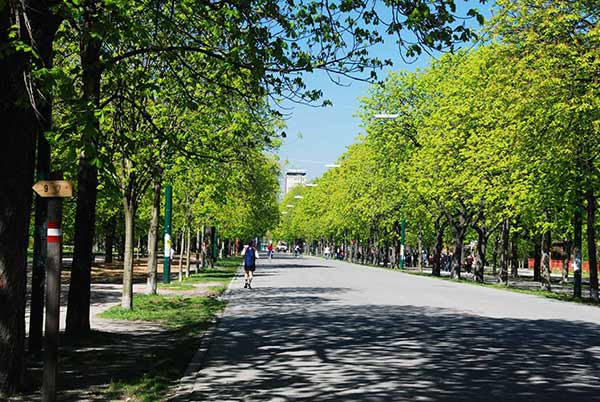 We Austrians are peaceful and enjoy every kind of cultural exchange. If we are expecting a visit from abroad, we already start planning a sightseeing program weeks before. We make use of every opportunity to present our beautiful country. According to a survey among 17.000 users of the travel portal “Zoover” Austria was elected the most hospitable country of Europe. It seems our famous "Viennese charm" delights our guests, tourism being a top priority in Austria.

The Germans, on the other hand, overestimate their qualities of hosting. 38% of them believed to be the most hospitable country within Europe but only 10.5% of foreign guests agreed with this perception.

For the Germans everything has to be efficient but when it comes to guest relations, rational thinking does not always work well.

Who performs better in sports?

Well, regarding winter sports, we Austrians have plenty of ski regions and ski slopes to train. At the moment, we still lead this field, but the Germans are catching up. In almost all other disciplines, the ambitious Germans are doing a better job. When it comes to football, we can still learn a lot from the German national team. In Austria we have talented footballers as well, but sooner or later they all change to German teams. Just like David Alaba. 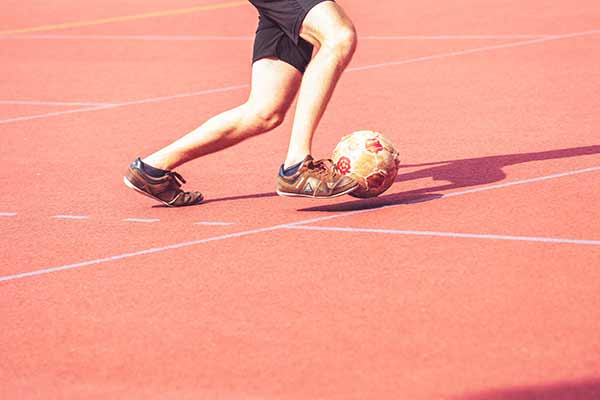 Student life - Where is it more fun?

Students in Austria can count themselves lucky because as EU citizen they don’t need to pay any study fee during the minimum period of study (+ 2 tolerance semesters). Our public transport system can be used for EUR 1,00 per day and students can get a nice room for less than EUR 500,00 compared to Munich or Hamburg.

Even if there are no study fees in Germany since 2014, you have to pay several hundred Euros for one semester at a public university. Many Germans go abroad in order to study because of the limited places for specific courses. In 2016, more than 30.000 students from our neighbouring country were registered at Austrian universities.

The Austrian study system seems to be much more appreciated. 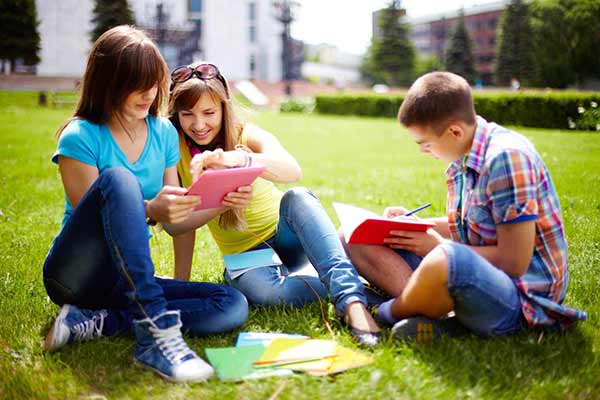 Who is more musical?

Vienna is celebrated as the world capital of music and that is not without a reason. Nowhere else have there lived more famous composers than here. Classical music is the heart of our music history and the work of the great composers such as Wolfgang Amadeus Mozart, Beethoven or Gustav Mahler is still noticeable, you can visit a classical music concert almost every day.

But also the works of German composers, such as those by Johann Sebastian Bach or Georg Friedrich Händel, have shaped the classical music history of Europe. Today, especially the new German pop music gets international attention and in 2013, Germany was even considered as the third largest music market in the world.

Music plays a big role in both countries but when it comes to classical music, Austria clearly wins the race. Where else can you find an "opera toilet", where you can listen to the most famous opera singers in the world? But in fact it is a matter of taste and depends on the specific genre. We Austrians will probably never be able keep up with those German super stars – or will we? 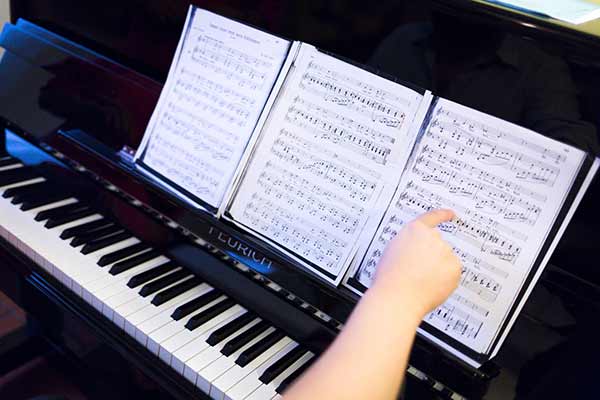 Which humor really makes you laugh?

Let's start with the "Wiener Schmäh" (EN: Viennese kind of humor). It mainly consist of self-irony and a lot of sarcasm. We Viennese do not take life too seriously and can laugh about ourselves. We like to laugh a lot, which is why the cabaret scene in Vienna enjoys a great tradition.

Once the US Talkmaster O`Brien asked the Austrian actor Christoph Waltz in his show about the cliché that the Germans have no sense of humor. Waltz, whose father comes from Germany, just replied: "That isn’t a cliché."

According to a worldwide survey from the social media platform Badoo, Germans have the worst humor and were therefore ranked last. 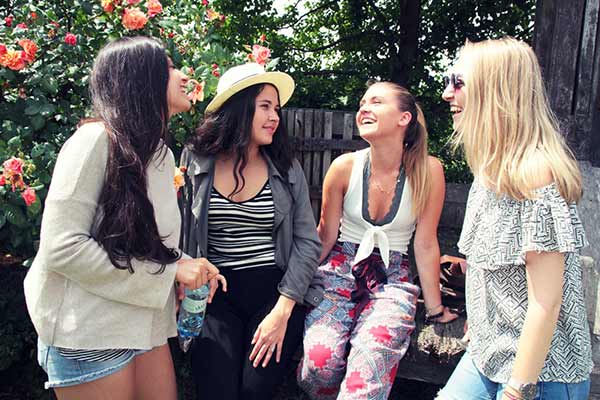 Where do people speak the more beautiful German?

Historically and linguistically, most of the dialects in Austria are based on standard German. According to the “Weißwurst equator” in Austria we speak the more beautiful German. Characterised by our mountains and valleys as well as our diverse Austrian culture our German sounds softer, is more melodious and pleasing to the ear. This melodious sound goes back to our famous theatre tradition, from which also the term “Burgtheaterdeutsch” originated. It is known within the entire German-speaking area and stands for a particular beautiful usage of the German language.

In fact, German in Austria differs only in some rare cases regarding the pronunciation and spelling from German in Germany. In Vienna, our students will learn standard German so that they are prepared for everyday life in Austria as well as in Germany

Another point for Austria. 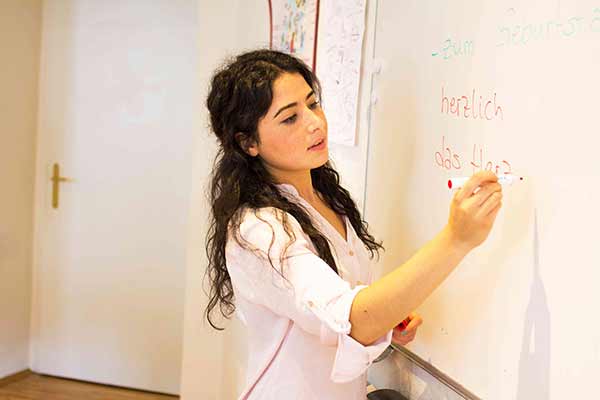 Where does the food taste better?

We Austrians love the hearty and traditional cuisine. We start with a beef soup, then have a “Wiener Schnitzel” or a “Tafelspitz” (EN: boiled fillet of veal) and end our menu with one of our delicious pastries. We are the only city in the world, which is the namesake of its own eating style, the “Viennese cuisine”. Even the Germans have already expressed their preference for the Austrian style of cooking, which means another victory for Vienna.

A delicious point for Austria. 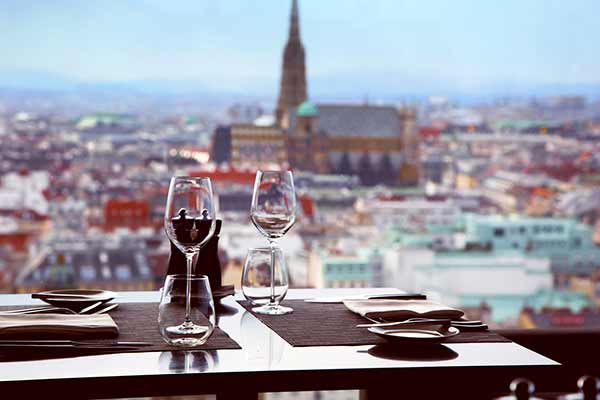 Who is open to new ideas?

What Austrians and Germans have in common is our fear of change. New plans or replacements face resistance and scepticism. Whereas trends have already prevailed in most of the European countries, it takes some time until we get wind of them. But regarding innovations, Austria is on the fast lane. According to the current Innovation Cities Index 2016/2017, Vienna is the third most innovative city in Europe. Munich is ranked 15th, Berlin 17th and Hamburg only 40th.

In general, it must be noted that the Germans are very ambitious. Their efficiency in many matters is enviable! If the Germans want to achieve something, they never get off their track. That doesn’t always apply to the Austrians.

This round definitely ends with a draw. 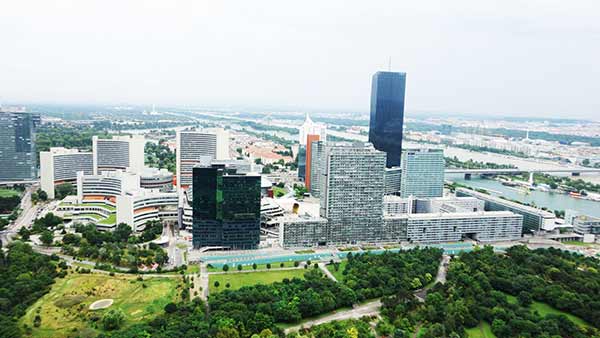 Where is it better to live?

Each country has its peculiarities. Whether the close distance to the sea in the northern parts of Germany or the fabulous alpine regions in Austria. However, if you look at the results of the last Mercer study, Vienna again takes the lead. For the eighth time in a row, the Austrian capital is recognized as the city with the highest quality of living. Vienna offers a varied educational offer, provides a well-developed public transport system and we Austrians feel very safe here in the heart of Europe. Also Germany is a great place to live. In the international ranking for economic well-being, Germany has improved from place 11 to place 4 in 2016. 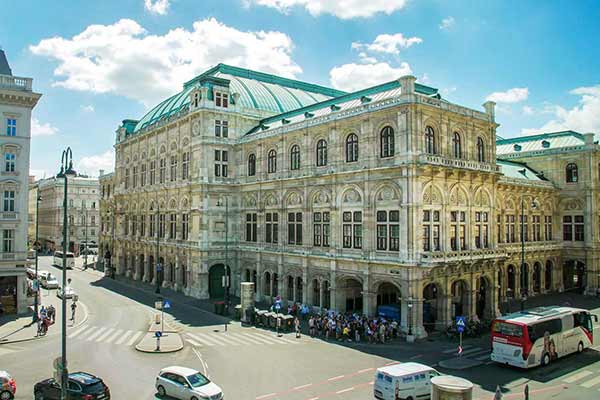 Whether Austria or Germany - both countries have a lot to offer in terms of quality of living. But whoever likes a multi-faceted country, loves to spend time in nature and wants to get to know new people easily should come to Austria. Although we like to complain a lot we are open-minded, respectful and can make you laugh, compared to the Germans.