Vienna vs. Munich – A city comparison

Why life is better in Vienna

Again and again someone tries to compare these two European capitals. Which city offers the better quality of life? Where do the more friendly people live and which cuisine promises the better taste? This is where opinions differ. While some argue that there are hardly any differences between Vienna and Munich, we are going to demonstrate in 6 points, why Vienna is definitely the better option for students.

1. Location & weather – Where is the weather better?

Munich is the capital city of Bavaria and is located in the south of Germany. With about 1.5 million inhabitants, Munich is the third largest municipality in Germany after Berlin and Hamburg. In Munich, there is a warm climate with comparatively cold winters. The weather can change quickly in the Bavarian capital, which can be explained by the close proximity to the Alps.

In order to get from Munich to Vienna you only have to overcome 356 kilometres (linear distance). In spite of the relatively short distance, the average maximum temperature in Vienna is higher. While the average maximum temperature in Munich is about 12°C, the city centre of Vienna shows an average high temperature of 15°C. Due to its central location, Vienna is often called the heart of Europe and attracts tourists from all over the world. City hopping between Vienna and Munich is possible by car, train or even by plane.

So overall, the weather in Vienna is on average warmer and whoever wants to travel within Europe benefits from the central location. 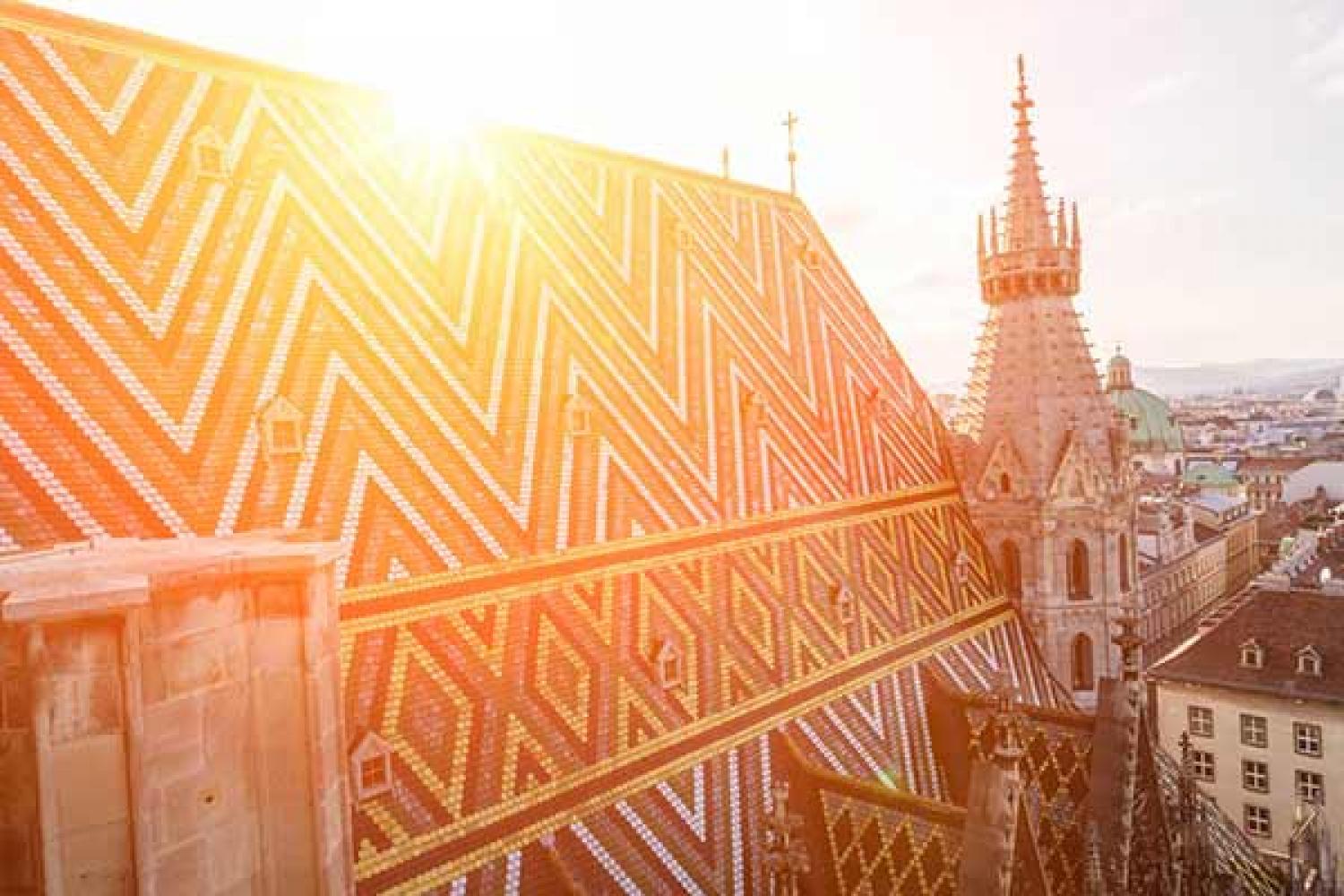 2. Housing and living – where is it affordable?

While Munich is considered as the most livable city in Germany, Vienna was awarded the most livable city in the world for the eighth time in a row. The annual Mercer study examines each city based on 39 criteria. This includes political, social, economic as well as environmentally oriented aspects. Of course, also factors such as the health system, the educational offer and the public transport system are taken into account.

Vienna provides a huge educational offer, a well-developed public transport system which can be used for € 1 per day and we feel more than safe here in the heart of Europe. Countless green areas cover the urban area and our air and water quality are hard to beat. Munich is also a great place to live but the prices are frightening sometimes. While in Vienna you pay about 6.6 Euros on average per square meter, in Munich you need more than twice as much, which means about 14.3 Euros. (Source: Wiener Zeitung) For a small room students need to pay around 400 Euros per month and a two-room apartment costs rarely less than 1000 Euros.

Regarding the price-performance ratio Vienna wins another point. Click here to learn more about the capital city of Austria and the way of living here. 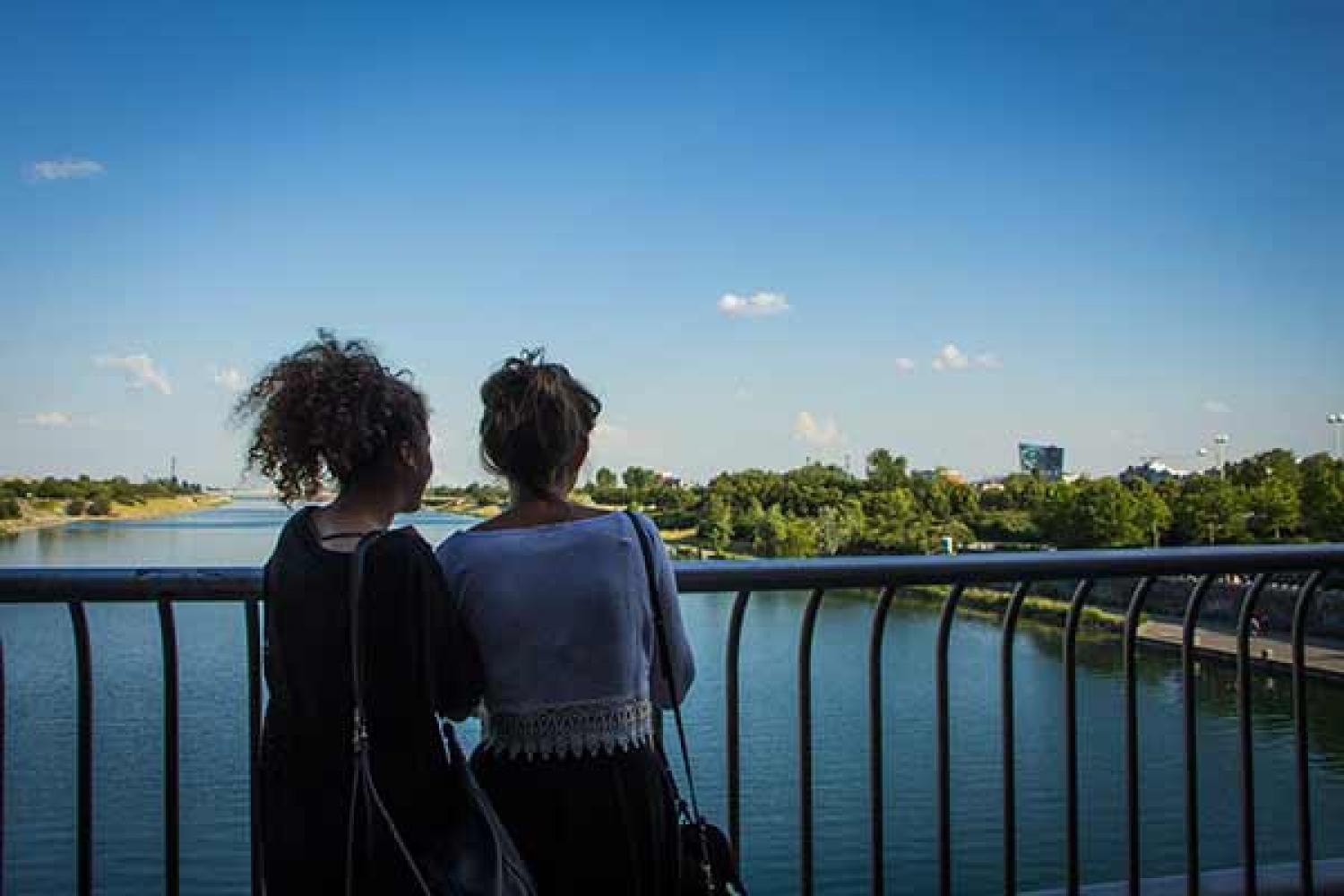 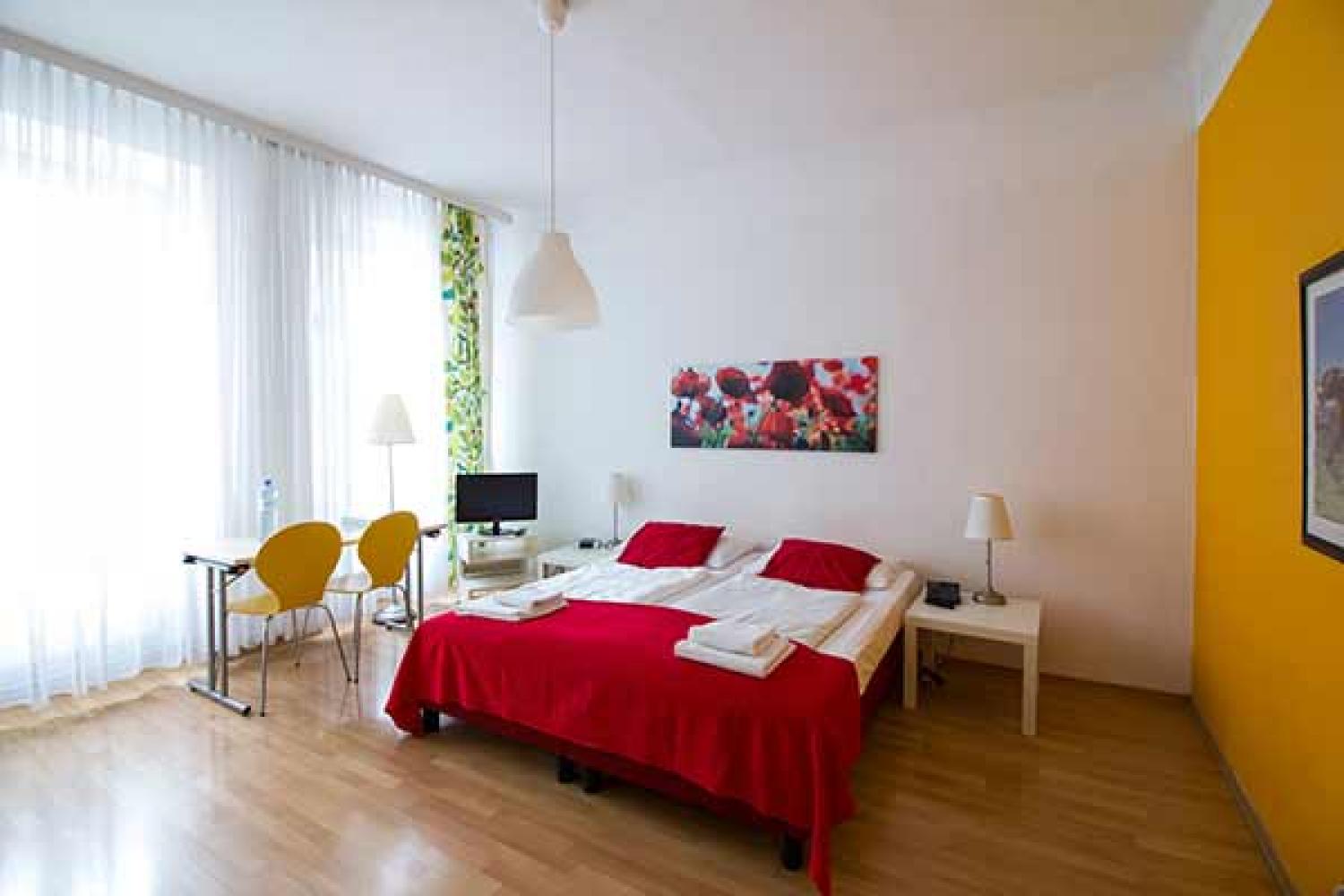 3. Education is a high priority – what do students think about it?

Education is very important to us. The variety of education opportunities and the courses offered is appreciated nationally as well as internationally. Vienna has nine universities, four universities of applied sciences and further private universities. It is not without a reason that Vienna is considered as the largest city of universities in the German-speaking area.

Munich offers an extensive educational program too, but many students go abroad due to the Numerus Clausus rule. Numerus Clausus means that only a certain number of places are offered for a specific course of study. In 2016, more than 30,000 students from Germany were registered at Austrian universities.

Therefore, the Austrian study system seems to be more appreciated. For those who would like to do a semester abroad or gain some international experience, the ActiLingua Academy also offers special university preparation courses. 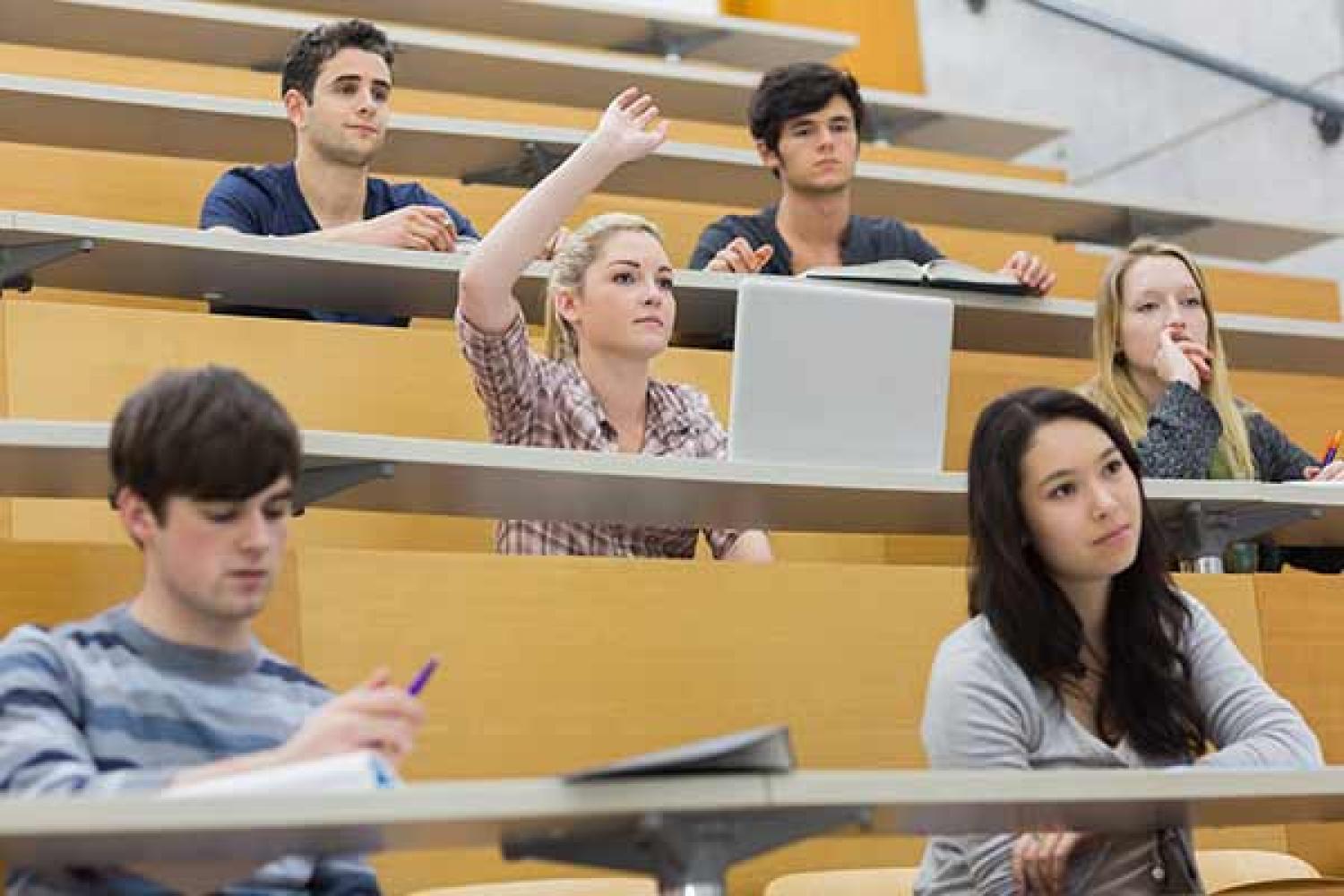 4. Pure culture – where do you experience more?

Regarding the cultural offer an evaluation seems to be more difficult. Both cities present themselves at their best. While Munich stands for economic stability, a multicultural society and its many beer gardens, Vienna inspires with its history of Habsburg families, classical music and unique architecture.

Munich is also known for its collections of old and classical art, which are presented in state and private museums as well as in fantastic galleries. The “Alte” and the “Neue Pinakothek” as well as the “Pinakothek der Moderne” and the “Lenbachhaus” belong to the most important galleries in the world. Music has always played a major role in the Bavarian capital. Amazing composers such as Orlando di Lasso, Carl Maria von Weber, Gustav Mahler, Richard Strauss and Carl Orff spent a lot of time here. Like Vienna also Munich offers a great theater, ballet and opera culture. If you like to spend your time outside in green areas, the English Garden would be the best place for it. On sunny days, you meet a lot of young people there doing sports, meeting friends or just relaxing.

Let’s have a look at Vienna. Vienna is the world capital of music because nowhere else there have lived more famous composers than here. The classical music is the heart of our music history and the work of the great composers such as Wolfgang Amadeus Mozart, Beethoven or Gustav Mahler is still noticeable, you can visit a classical music concert almost every day. Another important part of our culture is the historical inner city where some of the imperial buildings can still be visited today. This mix out of old and new creates that special charm of Vienna. Next to the urban life, the two hundred and eighty imperial parks and gardens invite you for a relaxing break.

In winter, it takes only one hour from Vienna to visit one of the Austrian ski resorts. The Stuhleck in the ski region “Semmering” offers great slopes and a lot of possibilities for different winter sports. In the warm summer months we benefit from the many lakes around Vienna.For example, the “Neusiedlersee” in Burgenland, where the annual Surf World Cup takes place in spring or the Erlaufsee in the Mariazeller Land. At the ActiLingua Academy we offer a varied activity program which makes your stay something special and introduces you to the Austrian culture.

Short and sweet: The mix of old traditions and modern influences makes the charm of Vienna and that convinces everyone. Nevertheless, Munich also deserves a point for the Bavarian culture.

Bavarian specialties include pork knuckle with dumpling and cabbage and of course the good old “Weißwurst” with a pretzel. Also very typical is “Obazda”, a savoury cream cheese, which is offered in Bavaria at the “Brotzeit” (EN: afternoon snack). A good place for finding culinary specialties is the “Viktualienmarkt” in the old town of Munich. The market stands are arranged in several departments around a beer garden and attract locals as well as tourists. Beer is probably also one of the food staples, because at the “Oktoberfest” in 2015 people drank about 7.5 million liters of beer. One of the most popular types of beer is that from the “Augustiner Bräu”, the oldest brewery in Munich.

In Vienna, on the other hand, we love to drink coffee. No wonder that in traditional Viennese coffeehouses you will find an own menu for all the different types of coffee and their specific preparation methods. From the “Wiener Melange”, to the “Einspänner”, “Kleiner Mokka” and the “Fiaker”. The list is long. But also the Viennese cuisine has a lot to offer. The “Wiener Schnitzel”or the famous “Tafelspitz” and of course our tasty desserts, such as the Sachertorte with whipped cream or a piece of apple strudel. As the only city in the world, we are the namesake of our own eating style, the “Viennese cuisine”. From the typical “Beisl” with a hearty cuisine to the luxurious gourmet restaurants, Vienna offers a mixture of local and international tastes. While people in Munich meet up in traditional beer gardens, in Vienna we go the Heuriger.Here all generations meet in order to enjoy the quaint atmosphere and have a good glass of wine.

What the Viennese and the people in Munich seem to have in common: We all love the hearty cuisine. We like to eat a tasty piece of meat and enjoying some hearty snacks during the day. In contrast to Berlin where the cuisine is dominated by doner kebab and other snack bars, Munich has definitely more to offer. Another tie for this round. 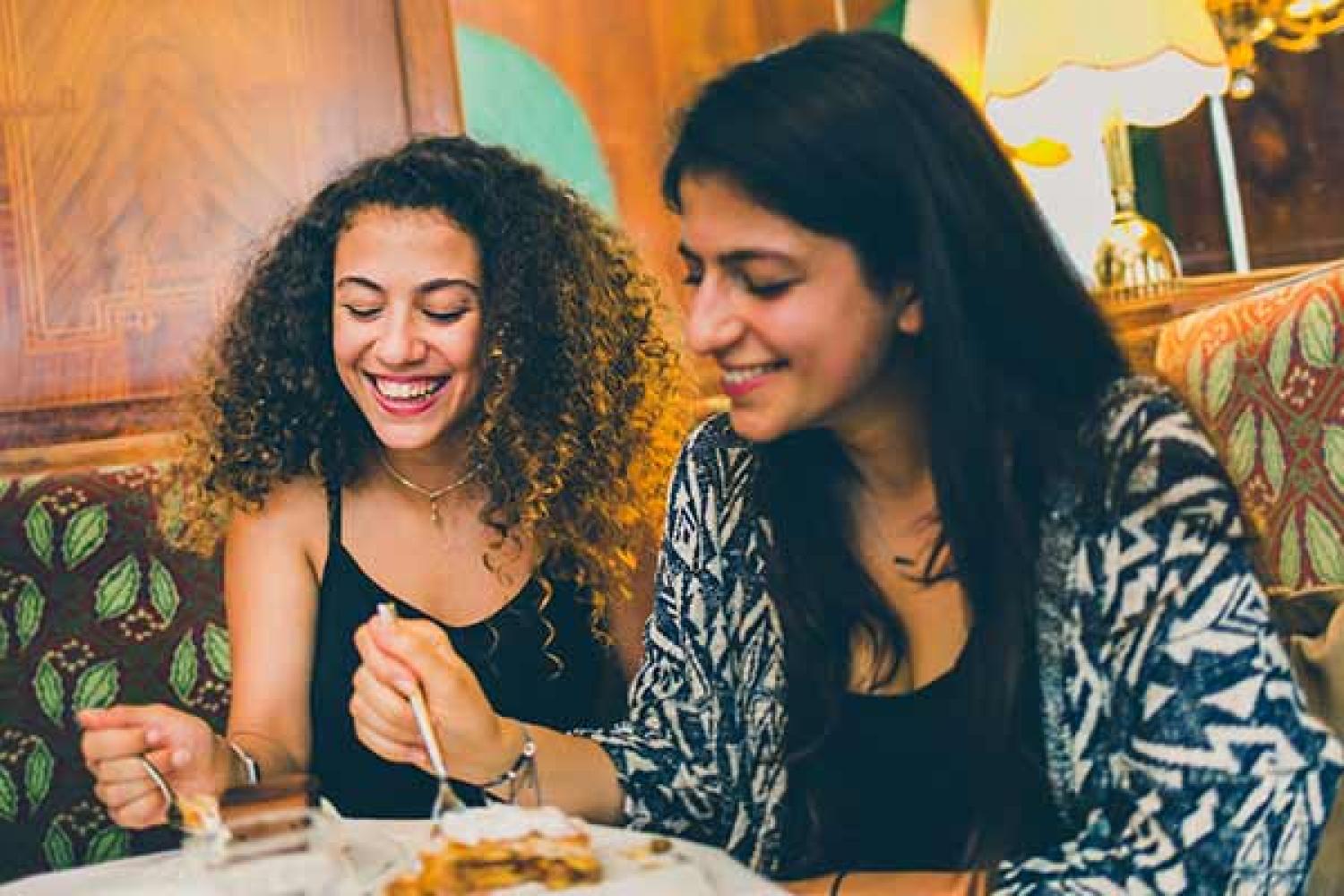 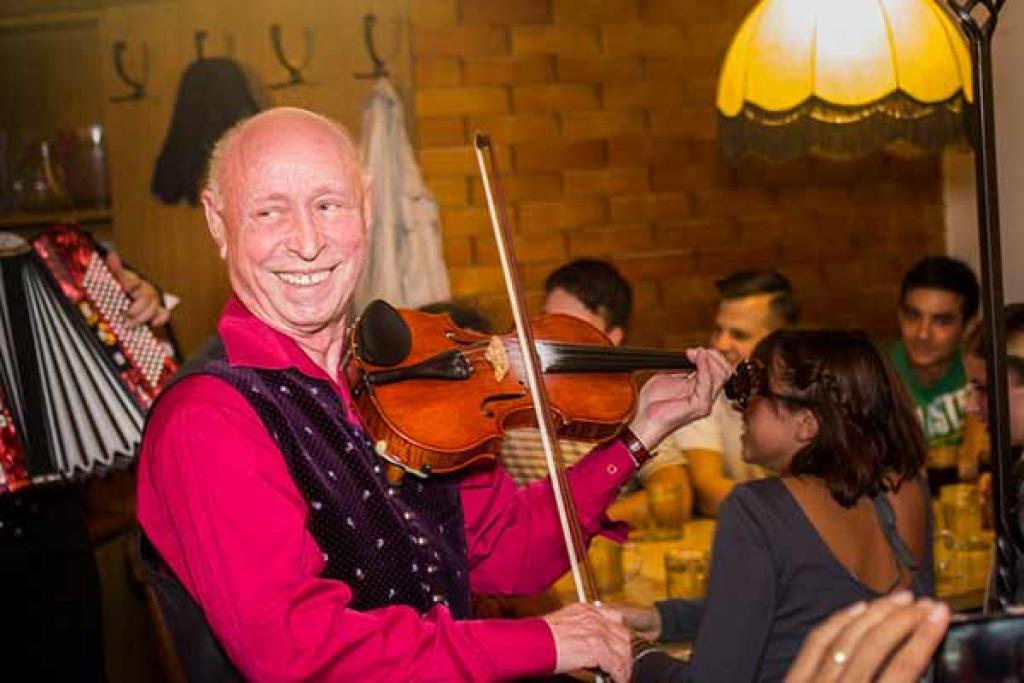 The people in Munich are described as very easygoing people, who are not easy to bring out of their balance, unless old traditional pubs have to make room for new buildings. In Munich, trends need quite a long time to prevail. So while people in Munich still drink “Aperol Spritz”, the rest of the world drinks “Hugo” or “Lillet Spritzer”. The passion for football is huge and if the team of the FC Bayern is playing a match, Munich is freaking out.

In short, the Munich people like traditions and are satisfied with what they have. Changes or replacements face resistance, because why change something when everything is fine as it is.

Actually, we Viennese people are not that different. We are good-natured souls, somewhat fatalistic but cheerful and unhurried. Tranquility has a high priority in our society, so don’t wonder if people give you an angry look when you answer a phone call in the metro or if you mow the lawn during the time from 12:00 am to 02:00 pm.  We are really good at complaining. In winter it’s too cold, in summer it’s too hot and we love to discuss politics. So don’t take it personally. In fact, we are very peace-loving people who are happy about the exchange with people from all over the world. We know exactly how to wrap someone around the finger – not without reason are we known for the Viennese charm.  Read here  why the Viennese charm beats the “Berliner Schnauze”.

Nothing against old traditions and cosiness, as long as this does not result in stubbornness and rejection. You can meet nice people in Vienna and Munich and sometimes foreigners become friends. A point for both cities. 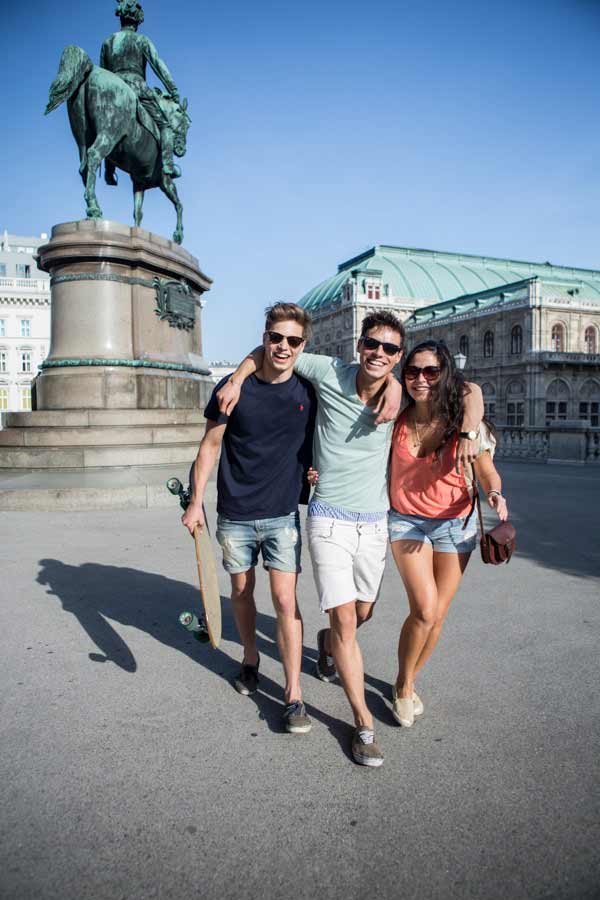 Both cities are definitely worth a visit, whether for the Oktoberfest in Munich or the unique Viennese coffeehouse culture. There is enough to explore. However, if you plan to study abroad or attending a German language course, Vienna is the better option. Here you will find a student room at a fair price and even with a grade average of 2.5 you have good chances to get a place at the university. In addition to all the old traditions and the imperial flair, Vienna is a city with many facets. Fancy clubs, crazy festivals, cool galleries, modern architecture and trendy shops are just as much a part of Vienna as the Vienna Boys’ Choir, the ballet performances at the opera house or the folksong at the Heurigen.